In Hindu mythology, the sun god, Surya,  is worshipped as a symbol of health and immortal life. The Rig Veda declares that “Surya is the Soul, both of the moving and unmoving beings”. The Sun Salutation originated as a series of prostrations to the sun. Traditionally, it is performed at dawn, facing the rising sun. In time, each of the twelve positions came to have its own mantra, each celebrating an aspect of the sun’s divinity.

The Sun Salutation is a graceful sequence of twelve positions performed as one continuous exercise. Each position counteracts the one before, stretching the body in a different way and alternately expanding and contracting the chest to regulate the breathing. Practised daily, it brings great flexibility to spine and joints and keeps the waist trim. It limbers up the whole body in preparation for the asanas (postures) as taught by Swami Vishnudevananda.

One round of Sun Salutation consists of two sequences, the first leading with the right foot in positions 4 and 9, the second leading with the left. Keep your hands in one place from positions 3 to 10 and coordinate your movements with your breathing. Start by practising four rounds and gradually build up to twelve rounds.

Step 1: Stand erect with feet together and hands in prayer position in front of your chest. Make sure your weight is evenly distributed. Exhale. Step 2: Inhaling, stretch your arms up and arch back from the waist, pushing the hips out, legs straight. Relax your neck. 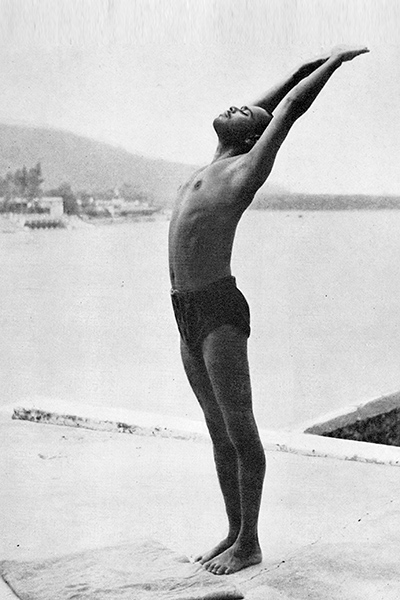 Step 3: Exhaling, fold forward, and press your palms down, fingertips in line with toes – bend your knees if necessary. 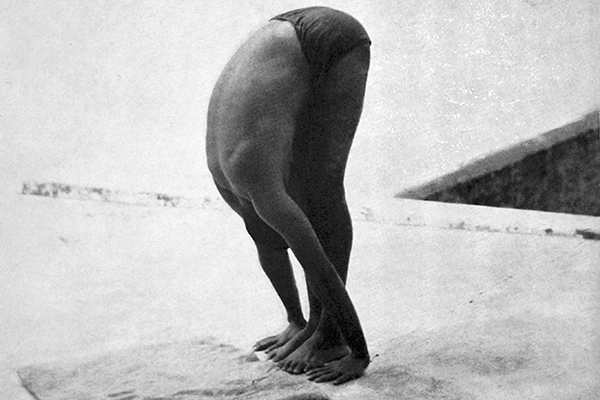 Step 4: Inhaling, bring the left (or right) leg back and place the knee on the floor. Arch back and look up, lifting your chin. 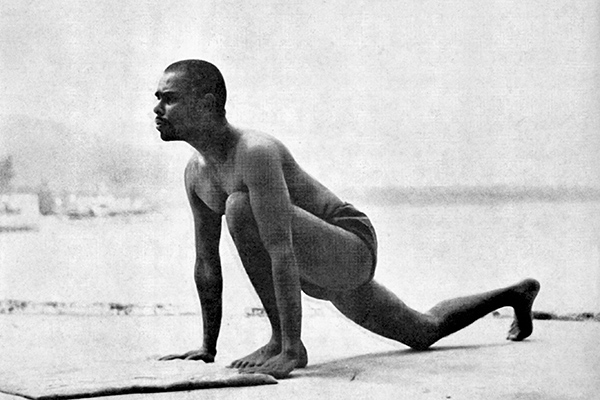 Step 5: Retaining the breath, bring the other leg back and support your weight on hands and toes. 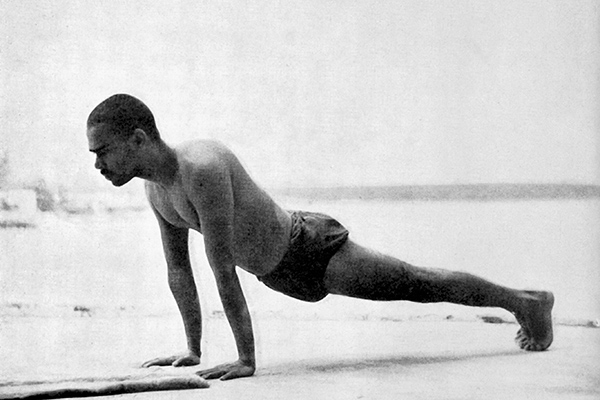 Step 6: Exhaling, lower your knees, then your chest and then your forehead, keeping your hips up and your toes curled under. 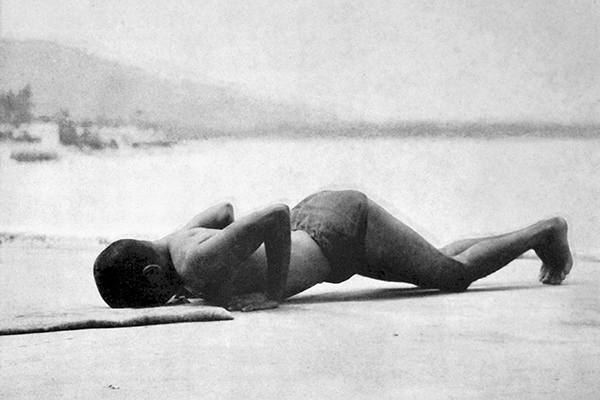 Step 7: Inhaling, lower your hips, point your toes and bend back. Keep legs together and shoulders down. Look up and back. 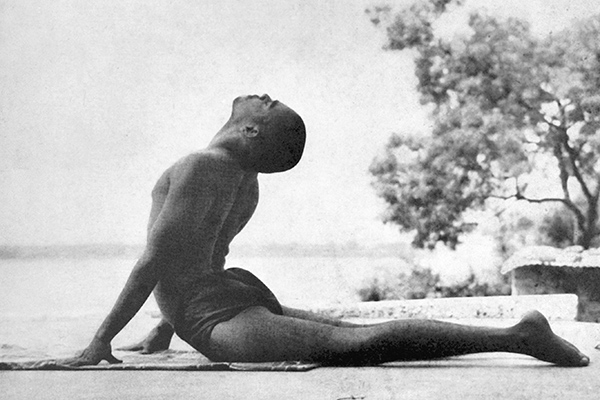 Step 8: Exhaling, curl your toes under, raise your hips and pivot into an inverted “V” shape. Try to push your heels and head down and keep your shoulders back. 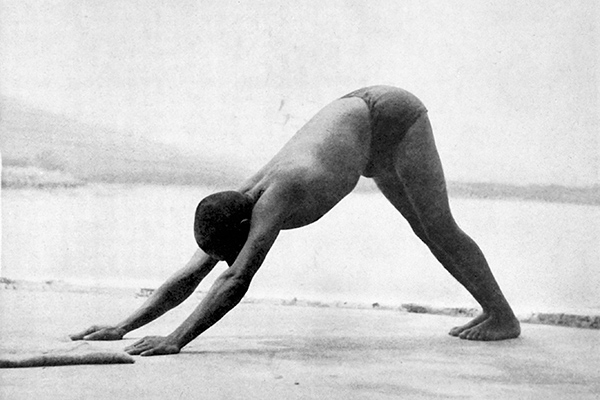 Step 9: Inhaling, step forward and place the left (or right) foot between your hands. Rest the other knee on the floor and look up, as in position 4. Step 10: Exhaling, bring the other leg forward and bend down from the waist, keeping your palms as in position 3. Step 11: Inhaling, stretch your arms forward, then up and back over your head and bend back slowly from the waist, as in position 1. 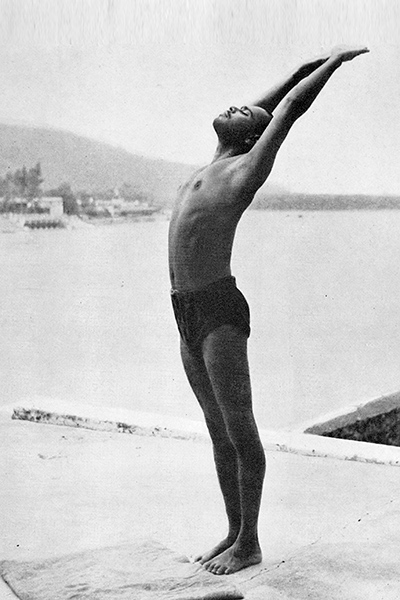 Step 12: Exhaling, gently come back to an upright position and bring your arms down by your sides. 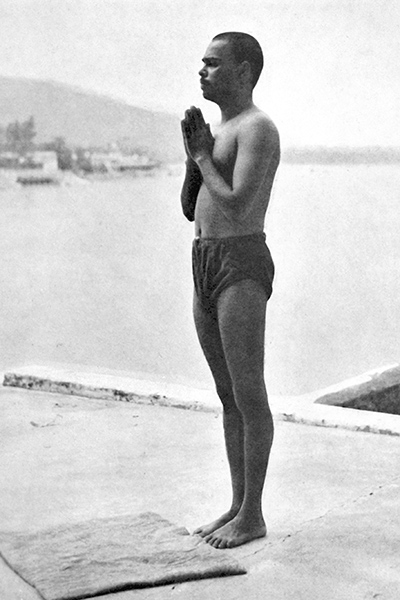 The Sivananda Yoga class offers a complete practice focusing on breathing, relaxation, and stretching, that can be both challenging for advanced practitioners and relaxing for beginner students. The class begins with Pranayama, breathing exercises, followed by sun salutations and leg raises to warm up the body. Then come the 12 basic asanas, or postures, starting with headstand and ending with standing postures. There can be any number of variations to these postures, but the basic structure and sequence is always maintained.

Page load link
We use cookies to give you a better experience. By using our website you agree to our policies. I accept.